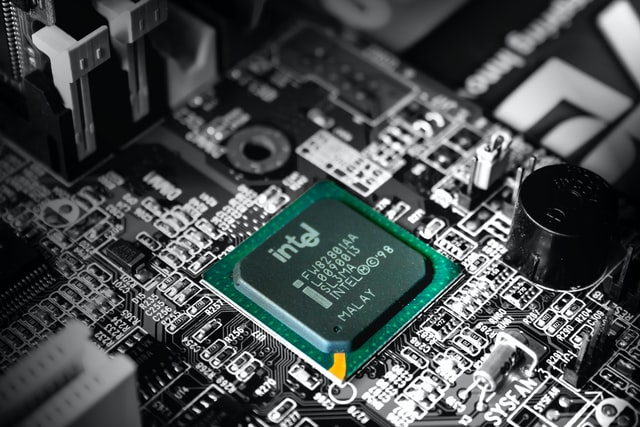 It’s 7 a.m. and you’re the first to arrive at the office. You turn on all the lights, pour yourself a cup of coffee, and power on your computer. As you stare at the screen, you notice it takes nearly five minutes for the device to start. What’s causing your computer to act so slowly? Most computers have a few key hardware components that affect their overall speed. Three such components are the hard drive, RAM, and CPU.

The hard drive stores data that’s generated by the user and the computer programs. That Microsoft Word document you saved to your desktop? It’s stored on the hard drive. But, what most consumers call a “hard drive” can be separated into two different types of storage devices.

A “Hard Disk Drive,” or an HDD, is a type of storage device that etches data on a magnetic spinning drive through a needle-like arm. Such an assembly is reminiscent of an old vinyl record, but the data isn’t just “played back” – it’s also written and stored onto a spinning surface. Unfortunately, when HDD’s begin to be filled with data, the stored information can become scattered across the disk. Thus, retrieving data becomes a chore for older Hard Disk Drives. While most HDD’s are slightly less expensive than alternative storage options, they are larger, heavier, and suffer the greatest speed loss.

A quicker alternative to the Hard Disk Drive is a Solid State Drive, or an SSD. While HDD technology is decades old, SSD’s became mass-produced in the late 2000’s. Unlike HDD’s, SSD’s are smaller and contain no moving parts since they store data on small chips. Because their data retrieval processes don’t require moving parts, SSD’s tend to be – and stay – much faster than HDD’s. New computers with SSD’s can even boot in seconds! Regardless of the type of storage device in your computer, an HDD or an SSD with a minimum of 250GB in size should suit most consumers’ needs. But, hard drives aren’t the only components that determine a computer’s speed.

Random Access Memory, or RAM, is a hardware component that temporarily stores information created by programs. If a user opens YouTube while creating a PowerPoint, the computer’s RAM stores the PowerPoint data temporarily. Thus, RAM allows for computer multitasking. The greater the RAM, the faster the computer programs can retrieve their temporary data. For most consumers, a minimum of 8GB of RAM is plenty for creating documents, pictures, and short videos.

Finally, the Central Processing Unit, or CPU, can significantly impact a machine’s speed. Acting as the “brain” of the computer, the CPU executes a program’s instructions. For example: clicking the “Start” icon in the taskbar of a Windows computer will prompt the CPU to process the request and open the menu. CPU’s are made of “cores” that work on thousands of individual jobs sent to them by programs. Thus, the greater the amount of cores in a CPU, the greater the number of tasks it can process. How quickly each core can receive, calculate, and transmit information per second depends on its clock speed (measured in gigahertz: “GHz”). The greater the clock speed, the more calculation a CPU can process per second. For most consumers, a quad-core CPU or better will meet most of their needs.

A slow computer can seriously affect office workflow. If your desktop or laptop computer is too slow, talk to a SolutionStart Support Engineer. They may be able to upgrade some of these hardware components to increase the speed of your machine. Our Support and Account Management departments can create a personalized plan of action for you and your business if device speeds stand in the way of your productivity.